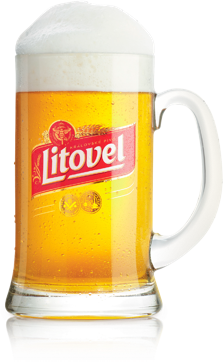 el Brewery was awarded five medals at the prestigious international European Beer Challenge in London 2021. Its beers succeeded in both the lager category, a royal category for Czech beers, and in the flavoured and wheat beer category.

"The Litovel Premium pale beer is one of the most prized lagers in the Czech Republic. It is brewed using traditional methods, which are passed on from generation to generation in Litovel, and selected Czech raw materials from local suppliers. The gold medal in the Lager Bohemian Pilsner category at European Beer Challenge shows that this typical Czech lager has repeated success even in fierce foreign competition. Litovel Moravan, which will celebrate the 40th anniversary since its first batch was brewed next year, followed with a silver medal in the same category," says Petr Kostelecký, brewer at Litovel Brewery.

The judges also awarded a gold medal to the Premium Dark lager, which has been internationally successful for a while now. "The success in the classic lager category was crowned by a double gold medal for our flavoured beer Litovel Černý Citron alko, and a bronze medal for our wheat beer produced under the Weizenkönig brand," adds Petr Kostelecký.

"The repeated success of Litovel beers in domestic and foreign tasting competitions has shown that traditional honest craftsmanship and putting your heart into your work can very successfully compete on an international scale," adds Petr Kostelecký.

This year, beers from 39 countries entered the European Beer Challenge 2021 international tasting competition. The competition was traditionally held in London, where each sample was evaluated in a blind tasting. The jury consisted of people who buy beer, such as importers, distributors, wholesalers and buyers for restaurants, bars or retail. What makes the competition one of the most prestigious competitions is that it offers brands the opportunity to be seen on the British market, as well as throughout Europe.