The beer tradition in Litovel

Beer has been brewed in Litovel for over seven hundred years. The Litovel brewery takes the best knowledge from history and still produces its beers using traditional processes today.

The more than 725-year-old beer tradition in Litovel dates back to 1291, when King Wenceslas II granted the city the mile right. This privilege allowed only the Litovel burghers to brew and tap beer within a radius of one medieval mile, i.e. in a vicinity of approximately seven kilometres. In the Middle Ages, beer was brewed in a brewing house, which was then located at Litovel 57. Those with brewing rights were among the most affluent people, and played a significant role in managing the city. Even contemporary Litovel beer is brewed using classic processes, the roots of which date back to this glorious historical era.

Beer proven over the centuries

In 1747, a new common brewery with a malt house was built under the same roof in Litovel, and it brewed beer for 60 years. In 1814, when the demand exceeded capacity, a new Burgher Brewery was established. Like all of Litovel, it was under German administration. Moravian patriots responded to this situation by establishing Rolnická záložna (Farmers’ Credit Union) in Litovel, and an Agrarian Joint-Stock Sugar Factory. Subsequently, the purely Czech patriotic Agrarian Joint-Stock Brewery and Malt House was established and opened. The fact that it was ceremonially consecrated and opened on November 12, 1893, was largely due to the imperial and provincial deputy for Central Moravia Josef Svozil, originally from nearby Senička.

Among other awards, the brewery won a gold and bronze medal in 1906 at the International Gastronomic Exhibition in Vienna, and a gold medal in Brno at the Czech production exhibition in 1911. Since then, the brewery in Litovel has been brewing beer for two hundred years, which with its unmistakable flavour, delicious bitterness and natural colour has succeeded not only at home but also abroad.

A beautiful brewhouse was built at the end of the thirties, and it is used to brew Litovel beer to this day. Only the interior parts of the furnishings – the boilers and tubs – have been renovated; the cardinal marble walls and the copper liners of the tubs and boilers are original. After the middle of the last century, the fermentation containers were gradually replaced in the fermenting room (the main fermentation room) and in the lager cellar. The old wooden tubs and barrels were replaced by fermentation containers and lager tanks. Since the beginning of the 1990s, some technological units have been reconstructed, such as bottling lines, transfer tanks and filtration.

Over the past ten years, the Litovel brewery has modernized the fermenting room, yeast room and the machine room for cooling and cooling the wort. In 2003, the new main fermenting room with stainless steel vats and modern controls was commissioned. The new technological equipment refined the production technology, and increased the quality of the produced beer. Another major modernization was the replacement of the bottling line with a new one, with an output of 36,000 bottles per hour and the construction of a storage hall. The latest investment of the Litovel brewery is the propagation station for yeast and two fermentation tanks for top-fermented beers.

The Litovel brewery has a lively history of brewing. Although modernized, two hundred Litovel brewers pride themselves on producing classically brewed Czech beer, as did the patriots who founded the brewery more than one hundred and twenty-five years ago.

Today, the Litovel Brewery is part of the PMS brewing group, together with Zubr in Přerov and Holba in Hanušovice. 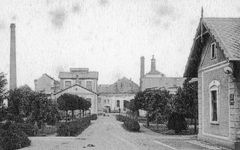 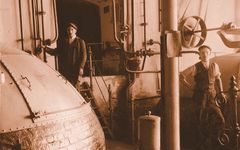 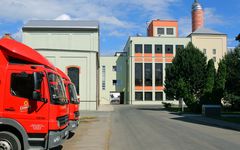 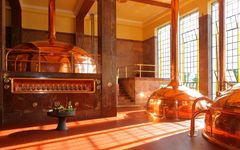